The store will not work correctly in the case when cookies are disabled.

So you've got your own MoonBoard... Now what?

So you’ve got you’re own MoonBoard...now what?

With the current state of affairs throughout the world, many of you have decided to take the plunge and build your own MoonBoard. I had the same thoughts back in 2012 when I built my own, minus the pandemic of course. So suffice to say I’ve picked up some first hand knowledge about the world of MoonBoarding over the last 8 years. Hopefully I can pass some of this on to you so you can avoid some of the mistakes I made when I was first starting out.

First and foremost, before any MoonBoard session, whether in a gym or at home, brush the holds! Or smack with a towel. Whatever method you choose, friction is key on the MoonBoard and the little time it takes to clean the holds before a session and during, goes a long way in helping you have the best session possible. And for those of you who built one at home, gone are the days of using the ‘holds are caked with chalk’ excuse! Got it. Good.

2. Do your functional warmup

This should go without saying, but make sure you are properly warmed up before beginning any session on the MoonBoard. This is key not only to having a productive session but also maintaining overall physical health and well being. Whether it’s jumping jacks, press ups or skipping rope, whatever your routine is make sure you do it. The MoonBoard is a great training tool, but a hard one at that. And it will bite back. Many times I have been not properly warmed up and suffered the consequences, whether it was a slight finger niggle or a muscular issue, they almost always occurred because I hadn’t warmed up properly. 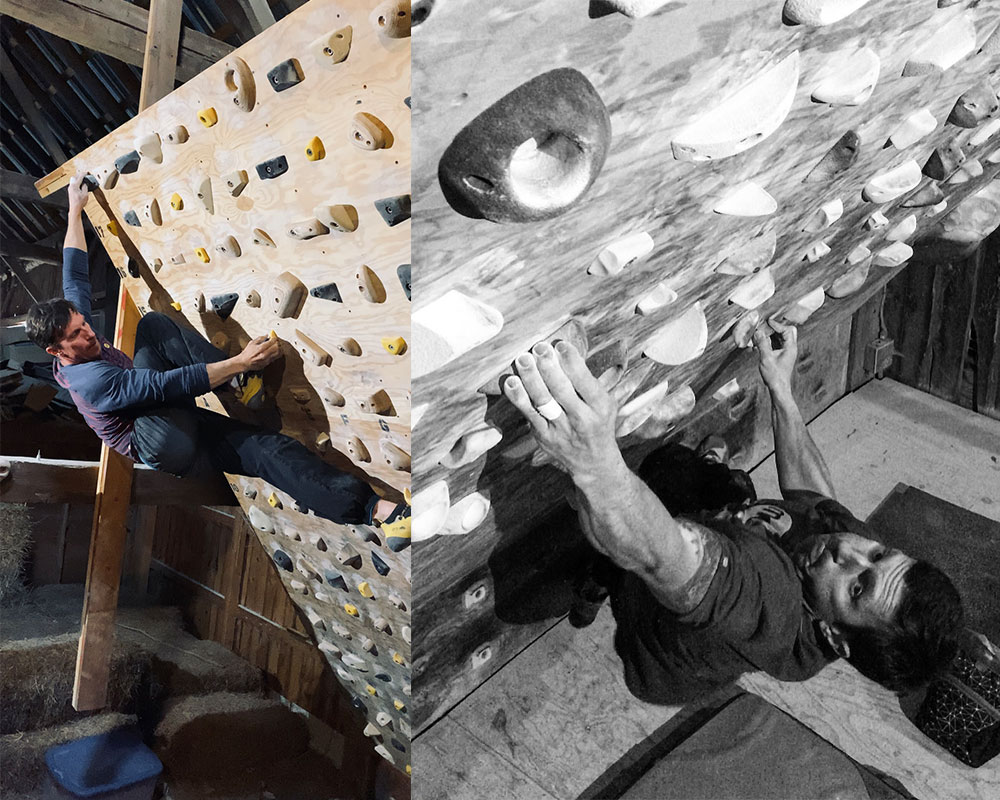 Another tip to having a productive session, and this is specifically for the new home MoonBoard users, is to warm up on the board after you’ve done your functional warmup. If you are like me and this is the only thing you have to climb on, then filtering down on the MoonBoard app to the lowest grade and picking the problems with the biggest holds to climb on will pay off! Gone are the days of warming up on gym problems and then making your way over to the MoonBoard. Now you have a overhung 40° beast of a wall to sharpen your skills on. That’s it. And contrary to what you see on social media, it is not easy. Period. So take the time to get further warmed up on problems with bigger holds and good moves to get your body ready for the harder stuff. Incorporate smaller holds, like the Originals, only after you're 100% certain your fingers are ready to pull hard.  

I know. What type of blasphemy is this?? Trust me when I say this is no easy thing to either say or do. We all get sucked in to the Benchmark chasing and for good reason. They are the cream of the crop. The best of the best. I mean who doesn’t like seeing Ravioli Biceps crush all those benchies, right? And even though that’s all well and good, there are a plethora of great problems just waiting to be sent. How do you expect problems to get Benchmarked without a good portion of the community actually sending them? And far too often new users fall into the trap of basing their performance solely on how many Benchmarks they have or haven't completed, potentially ruining an otherwise fun and productive session. So don’t be afraid to try out some non Benchmarks, and not to base your worth as a climber on how many Benchmarks you’ve sent or not.

Far too often I would finish a really good session, feeling fit and strong, only to sabotage the potential gains garnered in that session by trying to have another one the next day. My psyche was too high. This more often than not was a bad idea! And it can be especially bad for the new home user. The accessibility is so easy, it’s hard to keep that psyche in check. It’s right there. Waiting to be climbed on. But the best thing to remember is that the MoonBoard is a high performance training tool. And unless you’re used to climbing or training everyday because you’re a pro, chances are you’ll benefit more from at least giving yourself a day off between your sessions. And also keeping your sessions short. Most sessions I have last no more than an hour and fifteen minutes, and that’s including my functional warmup. I know I’m an old git, and maybe some of the young whipper snappers might scoff at this, just like I once did, but rest is the key to growth. It’s a very well known and proven methodology, and will pay out huge in maintaining your climbing career.

6. Don’t be afraid to change plans.

Just like above, far too many times I would come to train on the MoonBoard and have a limit bouldering session only to realize that I just didn’t have the juice in the tank, or the conditions in the barn were horrid. But I would still slog away at it, thrashing myself and my skin, and come out of the session both completely wasted and frustrated. In the beginning when I first got the board and didn’t know any better, this was fine. But now that I’ve gotten older these sessions happen far less. If I don’t ‘feel it’ after my warmup, I don’t beat myself up over changing plans right then and there and having a endurance session instead. Or vice versa. Sometimes I would have the plan to do lots of mileage in the session only to find out I had some good ‘power’ reserves and would change right then and there into project mode. This also by no means is meant to imply not to ‘try hard’. There is some validity to grinding out a limit bouldering session for sure. How else do we make gains without pushing ourselves, right? I guess the moral of the story is to be flexible with your training and know your body, and also be ok mentally with letting go of preconceived notions of how the session was supposed to go. It’s ok. The board isn’t going anywhere.

7. Set your own problems.

This is by far one of the most enjoyable things of having your own MoonBoard. At least in my opinion. Being that I never have the time to actually make the hour plus drive to maybe scrounge up an FA on the slim pickings that are left in my local zone, I always enjoy the sessions where I create my own problems. It fulfills that desire, even if only to a small degree. Plus after you’ve set and sent your own problem, you get the added bonus of sharing it with the community and seeing what other people think of your masterpiece. Take heed though, the community is notorious for downgrading pretty much everything. But this should be taken with a grain of salt. So don’t let that deter you from being creative and expressing yourself on the board. It can become quite addicting, but also can also add some respite to all that projecting and Benchmark chasing. And sometimes it’s just enough of a mental break that more often than not you’ll come back to the projecting with a renewed focus and possibly even a send. So get creative and set some problems. I’m waiting.

Wait a second! But Kyle, you just said not to do that??? You’re absolutely right. I did. But there also comes a time where you have to knuckle down and get to work. Going after the Benchmarks opens you up to a lot of different styles and movement as well. Which is great for building your personal climbing arsenal. With a handful of administrators now, the range of different style problems has gotten better. So the excuses of ‘it’s too reachy’ or ‘its morpho’ are gone. There are plenty of Benchmarks at present moment that I feel like I will never do. Just like outside, there are plenty of problems that I feel I will never do. Doesn’t mean I still don’t try them! I do. And then, BOOM, one day it clicks and you’ve sent that long term Benchmark project! Just don’t go and log it on the app as ‘soft’ or ‘downgrade’ it after it took however many months, ok? Be honest.

Well that’s about it folks. I think I covered most of the ‘basics’ in terms of having your own MoonBoard. I’m really excited to see what the new home user community comes up with on the board. I hope you all enjoy it as much as I have the last 8 years! And don’t be afraid to reach out and ask me some of your other questions if I didn’t answer them in this post. You know where to find me.